well folks... it's been a busy couple of weeks, but the show is officially closed! hopefully those of you in the london area had a chance to catch the show, but for those who are across the pond or just didn't have a chance, here is a snapshot:

After a lovely week of set-up with my mate Paul David Mitchell, with whom i collaborated, the show was set and we were extremely pleased with the final product.

For those of you who don't know, instead of a normal degree show, a couple of us wanted to collaborate and make it more of an immersive set that the viewers can fully engage with. so, what did we do? well, of course, we made a western! Inspired by the 1952 musical "annie get your gun" we made our own version.... and i'm pretty sure no one quite expected what we had in store.

a bit of background...

the musical follows a time in the life of annie oakley, a sharpshooter, in which she joins a traveling show and falls in love with frank butler (also a sharpshooter... yes, there is drama). full of music, shoot outs, love, glam, fighting and so much more, we had more than enough material to work with.

I would highly recommend watching the film... it is glamorous and full of action!

so, we made a film. a short film. loosely based on this monster of a film. keeping it rough and exciting, our ten minute take on the film is, well, quite hilarious.

have a look at a very short snippet of ours!

our film was set in and amongst some the of "props" used in the video creating a sort of theatrical stage that one can walk through. having basically taken over most of the gallery, the three of us created an immerseive space filled with sounds, images, wind (yes, wind... but from a fan of course), colored lights, and lots of laughs.

Here are a couple gallery shots: 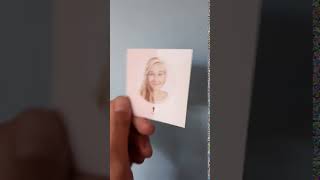